When you travel you meet people. It is one of the many joys. You encounter everyone from free-spirited individuals out to experience the myriad of world cultures to those twisted characters that belong nowhere and are destined to traverse the globe looking for themselves or somewhere that will have them. The California Guesthouse in Saigon is a magnet for the weird and wonderful. A home, however temporary, to the full gamut of colourful characters, pulled by an invisible force to this backstreet hostel. Some are worth introducing…

The guesthouse is run by Tom and his wife, Loan. From the outset, it is important to give Tom his official title – he is Tom One. His best friend and constant companion is Tom Three. These two Toms are from California, they are Vietnam veterans and both sport rather fine facial hair. Tom One has a big black beard and dark glasses. He looks like an over-sized Fidel Castro or a spy in disguise from a children’s picture book. Tom Three has a magnificent handlebar moustache, a baseball cap pulled low over his rutted brow and a beer constantly wedged in his large fist. These two Toms effortlessly attract misfits, outcasts, and outlaws like moths to two very bright flames, and then proceed to embrace them whole-heartedly despite their faults.

My introduction to the two Toms’ madcap world involved, somewhat inevitably, alcohol. I had just finished a late breakfast and was making my way out into the bright light of day when Tom One stopped what he was saying, looked up from the sofa, and enthusiastically introduced himself and Tom Three. Tom Three nodded his head in a slow thoughtful way before returning his attention to the beer in his hand. On finding out that my name was Tom as well, Tom One invited me to drink with them that afternoon.

The two Toms and their dysfunctional extended family went to the same restaurant-bar in the hectic backpacker heartland of Saigon every Friday afternoon to drink, shoot the shit, and interact with the conveyor belt of characters that passed by.

Tom One knew by name the street sellers, all those peddling fake sunglasses, bootleg books, cigarettes, weed, as well as the cyclo drivers who patrol the area. Mr Phoo, the cyclo driver, was privileged, he was invited to dismount his cycle and join the table for a beer. His long straggly beard, comprised of a few errant strands of wiry hair held together with an elastic band, swung like a pendulum as he chatted in broken English to Tom One. They had known each other for over 15 years.

To my left sat Herbicide, a Sandy Rowe Loyalist from Belfast. A strong man who laughs a lot, he possesses that unnerving mix of joviality and brute strength. When we are introduced, he crushes my hand whilst disarming me with bright blue eyes that dance with uncut mischief.

Herbicide has a secret garden that he visits. Only he knows its location – the others ask him where it is and he only laughs at them. He gives Tom One a leaf from the garden. I have no idea what they are talking about.

On my right sat Gary. He has been on the streets on and off for the eleven years he’s been in Saigon. Now, he tells me, he is more on than off the streets. He looks seventy; he might be older. Gary was born in New Zealand and raised in Tasmania. He smokes marijuana that he keeps wrapped neatly in individual parcels in a small tin container. He smokes it openly in the café as he talks to me about his life.

Gary worked in the entertainment business – performing folk songs around the world, humorous ditties filled with wry lyrics. In a voice that quivers with his age, Gary sings me a song about London. It bristles with derogatory Aussie slang. He tells me that when he performed it in England half the audience in the club booed while the others cheered. I see his watery eyes clear for a brief moment. He reminds me of a rebel Bruce Forsyth, burnt out but with a sparkle that just won’t die.

Then there is Gloria, a wonderful fairy godmother of a woman, sat in the middle of these ageing men preparing peanuts for them. She is making sure they don’t get too drunk too quickly, knowing from experience though that it will make no difference. Her laugh is a joyful cackle.

There is Julian also, a new addition to the club. A lothario from the West Country, who likes, and I mean likes, to sleep with women. Sex is always on his mind; it wafts from him like cheap cologne. He is a good guy.

Fred is from Michigan and in his seventies. He arrives at the table with grapes. He reminds me of Jack Lemmon – small, sprightly and silver-haired – his body too old for the energy it contains. He spent his life as a car salesman, working his way up from a man treading the forecourt to a senior manager. He took holidays and drove from coast to coast and up to Alaska through Canada.

Fred came to Vietnam to visit the place where his best friend died in the Vietnam war. When he found the area, he called his friend’s parents. After that day Fred ended up staying. He has been in Vietnam for over three years. Fred met a woman and fell in love. The police made him wait three long years before granting them permission to marry. Fred’s wife is a petite and calm Vietnamese woman in her early forties. She is pregnant with Fred’s child.

Forest sits on the other end of the table, a large shaven-headed Texan. He has dolphins circling one ankle, representing his sister that passed away and his good side. On the other ankle, there are a number of sharks that represent his dark side. It seems that his dark side is in the ascendency: you get the impression that he is on the verge of exploding in an uncontrollable rage at any moment. I am glad to be sat a few seats down from him.

Hours roll by and endless beers are drunk. Tom One tells me how he served in Vietnam between 1967 and 1969, completing more than one tour. He mentions some places to me with sadness, but also the resilience of someone who has made peace with himself. He is a welcoming, warm man and I like him very much. He tells me about Tom 2 who passed away. I had seen his image on the side of the table in the foyer, a grinning man with a beer. Tom One explains: “He was a bastard. Bad in the head; bad in the mouth; but in his heart,” he thumps his chest, “he was right. I can’t believe he’s gone. I miss him.” Later, he gives me the honour of naming me Tom Nine. I go to sleep drunk and happy. For tonight at least, I am one of them.

Read about my experiences in Dulat, Vietnam includes Cowboys and Bunny Rabbits 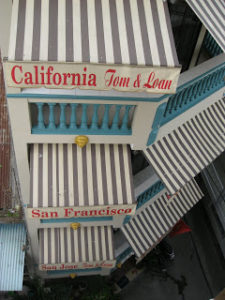