Forget about licking the rainbow trunk of some rare tropical frog and wandering goggle-eyed around the Amazon. Don’t waste your time picking magic mushrooms from the turds of Finnish reindeers so you can spend days rolling around in the warm crunch of Laplandian snow.
The world’s ultimate psychedelic adventure is a day out at Nek Chand Fantasy Rock Garden in Punjab’s capital, Chandigarh. And you can leave the hallucinogenics at home, because all you need is a few spare hours and maybe enough money for an ice-cream.

A 25 acre labyrinth of recycled waste sculptures, Nek Chand Fantasy Rock Garden is part art installation, part playground, and a whole lot of fun. And the story of how it came about is just as magical as the place itself.

Back in the mid-seventies, a Pakistani road inspector, Nek Chand Saini, was overseeing the construction of new roads for the post-partition city of Chandigarh. As villages were demolished to make way for the roads, Nek was amazed at the amount of interesting waste that was being generated. He began to gather the materials and stockpile them in his jungle home where he turned them into sculptures. Nek carried on creating figures from recycled goodies for 15 years before his works were eventually discovered and his secret was out.

Nek’s home and sculpture garden was actually on land owned by the government, entirely illegal, and in turn under threat of instant demolition. Thankfully, someone with some sense realised that his surreal creations were of cultural worth and not only saved them from destruction, but gave Nek a staff of fifty labourers to complete his extraordinary vision.

The result is a playfully twisted parallel universe where a thousand lucid dreams are recreated from pottery, plugs, bangles, porcelain and other salvaged materials. Inspired by Gaudi and Chandigarh’s city-planner and architect Swiss-born Le Corbusier, it is a modernist masterpiece.

Nek Chand Fantasy Rock Garden makes me beam, dancing around each corner to see which new delights await me. It inspires me so much that on occasion I say demented statements, like“Oh no you didn’t”, out loud to no one in particular as Nek pushes more boundaries, cranks up the insanity, and pulls it off every time. I spend three hours skipping around like a demented child. 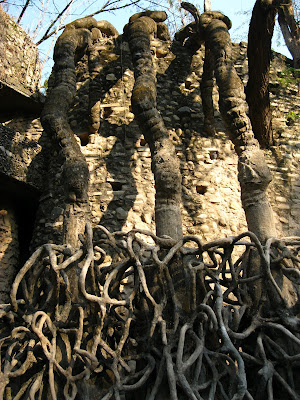 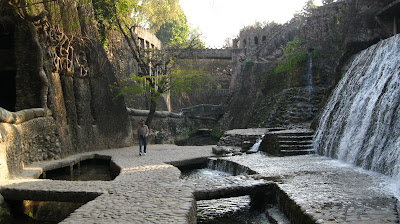 After meandering amongst mosaicked corridors, concrete tree roots, sparkling waterfalls, and rock palaces, I begin to wonder if this could be one of my favourite places on the planet. Then I turn into Phase Three and I am convinced. There are aquariums amongst grand arches, a hall of mirrors, and 20 swings located amongst the arches, that loop beneath great white horses and surrounded by multi-tiered mosaic murals and geometric sculptures. 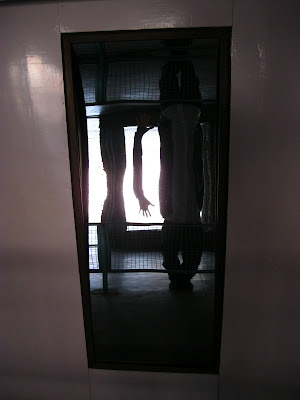 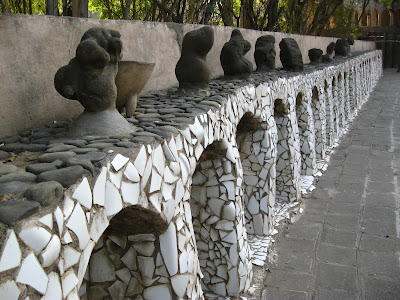 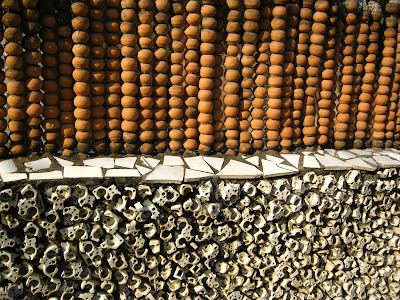 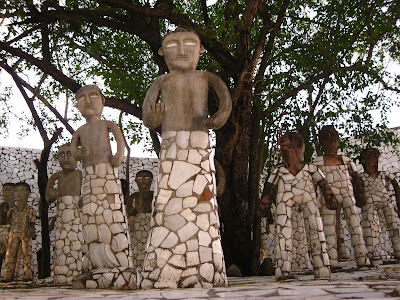 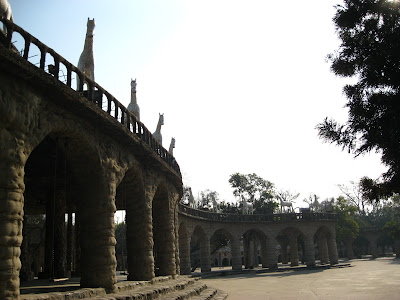 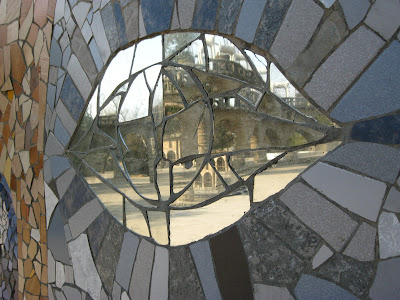 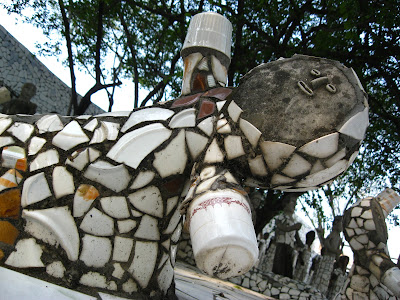 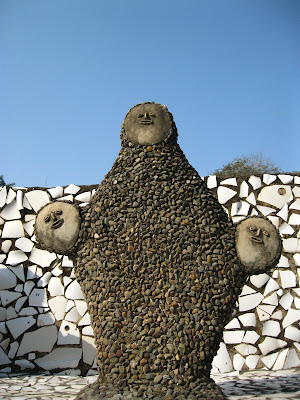 The final section that takes you to the exit is spectacular. Figures made from various visually-intriguing materials line-up in huge numbers on porcelain slopes. Deformed clay creatures; rainbow-coloured tribeswomen; monkeys, donkeys, elephants, goats all staring down at you, judging. 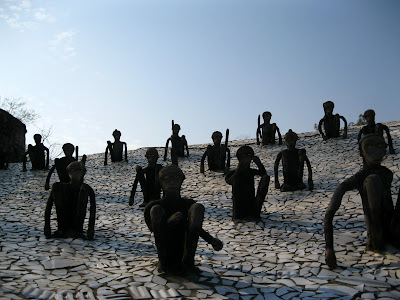 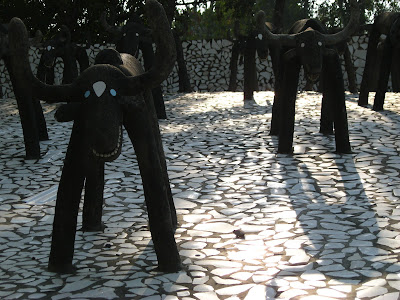 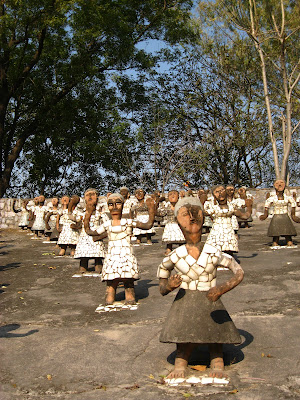 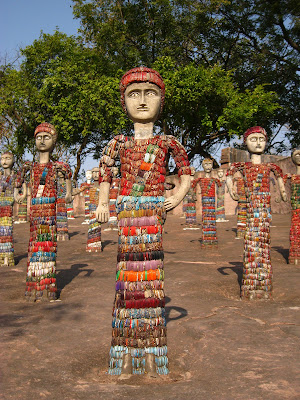 The park is one man’s brain laid bare, how he see or wishes to see the world. There is no evidence of any pretension, just a sense of unbridled creativity, the product of an excitable imagination allowed to run wild without external influence. In today’s world this is a rare thing.
It must come with a word of warning though: Nek Chand Fantasy Rock Garden would be the single worst place in the world to realise that you have become boring and bored. If it fails to delight then there’s every chance that your capacity for joy has fallen from your person like flakes of dandruff to slouched shoulders. You may need to go lick them frogs, go munch those mushies after all. 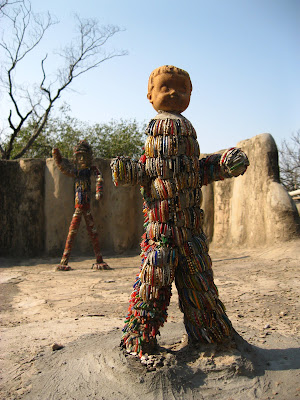 You can read more about the gardens and Nek Chand here