Now, in my experience, it is not normal to take a shit at work. There is something distinctly unwholesome about it. The act of shitting is a private thing; best reserved for the comfort of your own home. Apparently, when there are five cubicles and no urinals, this is not the case.

The five cubicles yield a strange psychological power over the men of the second floor. No matter what their intentions, they all end up shitting nigh on every time they go to the toilet. It seems that I alone am immune to their pull.

Perhaps it’s a simple matter of tribe mentality. One bloke goes into the toilet and sees two cubicles with doors closed. He smells shit. The familiar farts and gurgles of the act of shitting reach his ears. He concludes that in this toilet, it is necessary for him to shit to fit in. Another bloke enters the toilet, sees the three closed doors, and thinks to himself, well, if they’re all at it….. The bowel movements become addictive; the plops of shit into the toilet bowl echo the staccato chants of the football terraces.

Consider my position; I don’t ever want to shit at work. I never want to be associated with the creation of such a toxic stench. I want people to know that I am not an at-work-shitter and I play no part in this diabolical atmosphere. So what can I do to make my position clear? There is only one option. I leave the cubicle door open as I piss, proffering up my arse for all to see like some rent boy touting for business. At least this way, people can see that I am in no way privy to this pooey peer pressure.

Some time ago, back in Manchester, I had another unfortunate experience with a toilet.

Where I work has two floors. The first floor is for IT technicians and managers. Downstairs is for women, oh, and me. There are no male toilets downstairs because apart from me there are no men downstairs. There is of course a female toilet for the females and a disabled toilet for disabled people, if there were any. The only exclusively male toilet is upstairs. It was suggested to me on my first day that I may like to use the disabled toilet so as not to be seen wasting unnecessary time by going all the way up the stairs to piss. Initially this seemed like a rare privilege; I had been given the key (although there wasn’t one in this case) to a hidden and alien world. I grinned, slightly and inwardly, I grinned. At present there were no disabled employees therefore this spacious airy room was mine, all mine. I rubbed mental hands together and gleefully cackled. There were appendages to play with, extendable arms and motorised things I could only wonder at. Seeing as I was its sole user, the toilet would be free from foreign smells, spillages, any alien warmth on the toilet seat, stray pubic hairs, and other dirty things from dirty people. Or so you would think.

The illusion was shattered within two measly hours, one hundred and twenty insignificant minutes. After finishing my current task, I decided I would treat myself to a much needed piss in my toilet. Perhaps I would do a little pirouette in the vast space in front of the toilet bowl or one of those other ballet things when you cock your leg up on that bar or in this case the extendable rest. It would be a celebration of humanity, of having a toilet to myself; some privacy in this place that owned my soul. It would prove that I wasn’t some paper-pushing keyboard-tapping automaton. It was about now that I saw the red segment where green should be and my fantasy was shattered. The door was locked, the goddam door was locked. I waited surreptitiously around the corner for a wheelchair to roll gently out, perhaps a visitor from another company or a new employee. I waited for a couple of minutes, no wheelchair, no Zimmer frame, no white stick. No disability apparatus of any shape or form, just a shadowy form shuffling into the main office. I walked around the corner and into my toilet, desperate to relieve my bladder and quell my fears.

It hit me slowly like only a warm fresh turd in the face can hit. The smell of shit and more shit and rotting corpses and plague was unbearable. I held on to my nose as an instantaneous reaction and struggled with my fly in a rush to get this over with, before realising that I was breathing purely through my mouth. There was no smell admittedly but my god, if there was a taste! O Christ on the cross, no. I spluttered, choking on the air so heavy-laden with shit. Then I hallucinated images of little air molecules as brown munchkin creatures with wheelbarrows full of steaming faeces, marching into my body.

I was soon faced with a new dilemma. Did I go and find the biggest gun I could and hunt down this Satan of stenches or did I stay here, breathing this poisoned air until somehow the stench disappeared. If I left now then everyone would think I was the pervert that not only chose to shit at work but shat the very bowels of hell into a toilet that wasn’t even meant for them. I knew a smell this strong would not be perturbed by mere fire regulation bristles around the door. Smells like this laughed at fire regulation bristles, wore the laws of diffusion like a medal of honour. My co-workers wouldn’t say anything of course; it would all be non-verbal, occasional looks and silent dietary predictions in those lulls that punctuated the day’s schedule. And then one day it would happen, I would be called into the office – redundancies/cuts/department reshuffles – I would be gone.

Over the next few weeks, the smells that filled the disabled toilets varied immensely, bred with each other, and intensified. I saw that look in my colleagues’ eyes, the way they looked at each other. It was then that I realised that the look wasn’t one of pity or disgust, but of knowing. It was also then that I was left in no doubt that the disabled toilet was for all intents and purposes the shitting toilet. It was where you could unburden yourself of your own private shame without fear of reprisal, without destroying any future sexual partners with the potent scrapings of your innards.

I tried to piss less of course; drank less water and tea, generally avoided going to the toilet as much as humanly possible. I contemplated using the toilet upstairs but knew that such a decision would only give license to the ghastly shitters to poo up there and blame the ‘guy with the condition’. No doubt I had a reputation by now.

I worked in this role for four months before I quit. I endured all kinds of nasal buggery, and do you know, never once, not the whole time I was there, did I take a dump. Then it happened; one day things went too far. Whatever unspoken shitting rules there were that existed outside and above me, were thrown to the fucking wind. I was about to have a wee before lunch, the first of the day, and then wash my hands ready to prepare my food. I walked in and there it was, like some dark voodoo, a collection, not one or two, but a collection of shits arranged on the cubicle floor. They didn’t even look human. I carried out a quick mental check to ensure that it wasn’t April Fools day and to rule out any remotely savoury excuse for this horrible, horrible thing. There was no possible explanation.

I closed the door on the ungodly mess and walked out of the office, into the car park. The fresh air was wonderful. I didn’t bother to hand in my notice or give an explanation for my departure. For them it was obvious. I just kept on walking. 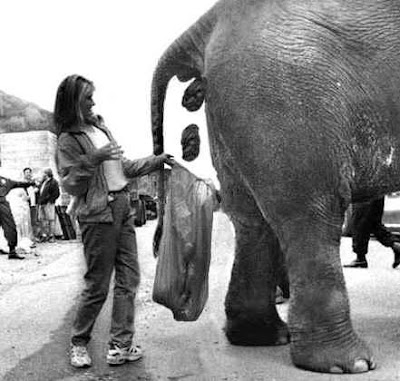