That’s it – I’m outta here. My job in Keynsham has ended and I am leaving. Here are a few thoughts on my time in this little patch of West Country Wild West:-

Most of the people in Keynsham are ugly, if not ugly then deformed, and more often than that ugly and deformed. Even if they appear attractive at first, it is never, under any circumstances, to be trusted. They will be concealing some disfigurement, it just depends on how well they hide it. On occasions, as I strolled along High Street, I would glimpse an attractive man or woman – I would follow their pretty features down from their face before my eyes inevitably stumbled upon a neck brace, a prominent scar, a missing limb or worse. Most people didn’t even offer an allusion of attractiveness; in fact they were brazen with their positive unattractiveness. They were covered in spots and boils; they were limping, dribbling, in a permanent process of melting; they were overweight, squeezed into T-shirts so tight that I could count each roll of fat. A town has no right to be this ugly.

The local optician is called Roger Spooner. Thank you, God.

At just after four in the afternoon, a particularly high concentration of trains pass through Keynsham station. There are two super-fast First Great Western locomotives that screech through at top speed creating a back-draft that lifts my mop of hair like a wig and deposits several stray leaves and crisp packets underneath it. Then at ten past four a freight train passes through the station, several miles of wagons rattling and shaking by.

It seems that these three trains are quite an event. Fathers bring their sons to the station to watch the trains pass through before going home for tea. They perch their children on the railings that follow the stairs down to the platform and talk excitedly about the trains. Then the silence is replaced with a distant hum that becomes a roar. I turn my head to watch the child’s face. At first there is excitement, even wonderment, then the eyes glaze and bulge with pure fear; seconds after the train has passed in a high-pitched blur, the eyes retract and relief pours into their unformed features. Both father and son suitably fulfilled, leave hand in hand to go home and tell mum all about it. She won’t listen properly, jealous and unknowing.

There was a big, grey overcoat in the Mind Charity Shop in Keynsham. It was hand-tailored, came down to below my knees. It was huge, thick, designed for extreme temperatures and to protect me from the Winter. Over the course of two weeks, I tried on the coat at least six times, being unable to make my mind up whether it suited me or even fitted.

It was a huge coat and I am and will always be a relatively skinny chap. But then the over-sizedness of it was part of its appeal – it was a coat that would not only keep out the cold but would somehow magically generate its own warmth. I could imagine a banker camping out in this coat after the recession had taken his house and car. It’s the kind of coat that could put the world in its place. As I was thinking these thoughts, a plump little woman emerged from the back room and told me it was a great fit. With a confidence and forthrightness, she continued, saying that any smaller and I wouldn’t be able to wear warm clothes underneath it. She even mentioned the position of the cross panel and the shoulders to further stress her point. With the desire to spend money and reward myself for toiling all week and her reassuring words, I was convinced. I parted with my fifteen pounds and folded this enormous coat into a large thick square of indestructible greyness that had already started to suck the daylight through the shop window.

Excited about my purchase and the battles I would rage within its enormous folds, I went home to show it off to my girlfriend. She took one look at it and said, ‘You idiot.’

With my head hung in disappointment, I traipsed off to the mirror in the bedroom. Slowly, cautiously, I looked up and saw myself. A stick insect on a carpet; a turd on a blanket; a Russian general after five years of war and famine. This coat didn’t fit me; it fitted three of me. That woman lied.

On Monday, I walk in to Mind Charity Shop and attempt to explain the situation in a friendly bumbling manner. I am not the type of person to take things back to charity shops – it’s just that this coat is of no use to me or any one I know, unless Andre the Giant befriends me from beyond the grave. As soon as I mention a refund, several younger women, more capable of delivering scorn emerge from the back room as if an alarm had gone off. “Refund?!” “Refund?! Not here, sunshine. Not here.”

Eventually, after they are done deriding me in front of the now busy store, they agree to take the coat and grant me fifteen pounds of credit. Fifteen pounds credit in a charity shop is like winning a year-long subscription to shite. I look around in the five minutes left of my lunch-break – there is nothing here that I want. What am I supposed to do with fifteen whole pounds? I’d struggle to spend fifty pence. There are no books that I want to read, no shirts that I would wear, no crockery that I need or like, and the only records here are by Darts. I address the gathered ladies, telling them that I have to get back to work. I ask what will happen to my fifteen pound credit. Will they remember me? A rousing, damning chorus emerges from every corner of the charity shop – “Don’t worry – we’ll remember you. Oh, yes. We’ll remember you.” I swear some of the people joining in don’t even work here.

I had broken that unspoken law – thou shalt not take things back to a Charity Shop, ever. I knew of the rule, of course, but then when did charity shops start selling coats for fifteen quid? This so-called credit crunch has seen the middle classes swoop on charity shops to buy back the clothes they donated in healthier economic times. The Charity shops respond by hiking up the prices and before you know it, a ridiculous coat is priced at fifteen pounds and the staff are employing sales patter.

The next day, Tuesday, just so happens to be my last ever day in Keynsham. I am never coming back to this place after today. So lunchtime, I make my way to the Mind charity shop. I walk through the door and see the coat hanging in the back room, an amorphous grey giant hanging from a noose. My fifteen pounds of credit leaves me with two choices – I either have to treat this like Supermarket Sweep, frantically grabbing copies of David Beckham’s autobiography, striped t-shirts with white plastic writing covering it like strands of italicised semen, and over-valued CDs of the Beatles played on panpipes; or I give up and let them have the coat and the fifteen quid and be done with the whole messed up situation. Then I spot it; amongst the female jackets is a brown leather coat. It’s nice. Not amazing, but definitely a lot nicer than the grey coat. I take it off the hanger and put it on. I look in the mirror, my vision distorted with the fog of déjà-vu. It fits better, I think. Then I look at the price tag – thirty pounds.

Eventually out of sheer desperation I decide to buy it, which means I have to explain the nature of my sin once more to the old lady behind the counter. Her wrinkled face tautens to an alarming sheen in shock as I describe once more my impermissible behaviour. I take the leather coat, my woes, and get on the train out of Keynsham.

At home I show my girlfriend my new coat. I can tell from her face that she is not convinced. I walk with a familiar dread to the bedroom mirror. Yep, it’s too big.

The next day, although I don’t have work, I get back on the train to Keynsham, alight at the same barren platform, walk past the same smashed ticket machine and head inevitably towards Mind. As I get closer, I can see in the window a fur coat. It’s nice, I guess. Smaller than the leather coat, and yes, nice. I walk in and spin the price tag – sixty pounds! This feels like a new beginning. 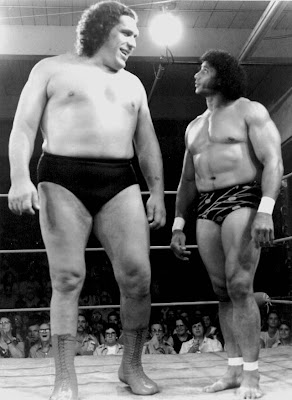