I’ve tried to write about what happened that day a number of times. I never get far, not far enough to feel like I have adequately described what actually happened. And for this reason I stop, delete what I have written and go back to trying to forget. This isn’t the kind of thing you easily forget though – not like a person’s name, a good restaurant, a birthday, that actor with the cheekbones or a street you walked along on as a child.

As more time passes, the details, dustied and unwritten, start to warp, drift out of reach and mutate beyond my grasp. I feel a need to contextualise in the hope that cataloguing the details around what happened will fence the memory in, signposting me back there. So here I am, trying again. This time I will finally put it to rest. 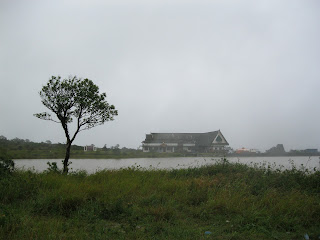 I am on the way to the Vietnamese island of Phu Quoc – located in the Gulf of Thailand just 12 kilometres off the coast of Cambodia. I am with an old friend, Sam, who is coming to this island too. We have travelled from Kampot in a tiny beat-up car, walked across the border between Cambodia and Vietnam in torrential rain, wading through shin-deep orange water. We have paid the Vietnamese border police their bribes, bartered hard for a taxi to take us to the port in Ha Tien. We are beyond exhausted.

Once at the port, we find ourself blown along like dust, like chatter to where we need to be. We intuit our way to a window in a room where a torso sells us a ticket. Extended fingers, more intuition, activity monitoring, ticket flashing eventually leads us to the place we need to be. A boat. Not a ferry, or a ship but a slim, angular boat.

There are seven or eight passengers and five crew. The rows of seats indicate that there is space for around 60. After dumping our bags at the front of the boat, we take in the first sight of the traveller’s holy grail – a row of unoccupied seats. Tiredness is always with you when you travel. If you are not sleeping, your body will ache for it. Therefore, if you get an opportunity to sleep at any time, anywhere you take it, because guaranteed you will need it. Sam and I know this. There is no need to make apologies for being anti-social, to explain why I am heading to seats a long way from him. It is known.

After 24 hours of rain, haggling, being crammed into tiny uncomfortable spaces with too many people with your backpack buckles pressing into your cheek, border-crossing, scamming, endless hapless intuiting you are tired. The rows represented a chance for shut eye, shut off, shut down and to recover just a little of the energy you have spent.

The boat chugged out from the port, before accelerating out into the sea. The sound of the engine, the fumes, the spray like an itchy snood around my head, preventing shut down.

An hour into the journey everything changed. The see-sawing and purring had ceased. The boat was now lurching, pushing forward in spluttering aggressive urgencies before hanging, soundlessly suspended for long seconds before crashing down on waves. The structure of the boat struggling to absorb the impact – it groans. The passengers are thrown about.

I looked out of the portholes and saw only bruise: a great undulating sheet of angry greyscale and blackened tones. There was movement everywhere – the waves were not even waves but great football fields of motion. The sea was moving without pattern and form. 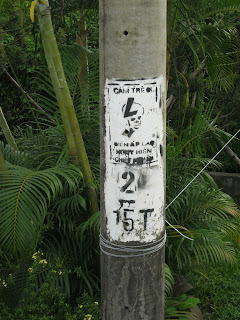 The waves were like buildings, urban landscapes suddenly manifesting, rising up. Yet somehow our boat was in it, shrunken, made miniature, vulnerable. The captain tried desperately to leap clear of a mouth that gaped and lips that gurned, a malevolent being that wanted to consume us. Fighting this, our boat accelerated between breaths, trying to propel us away from this gaping mouth. But in doing this, the boat was travelling up ramps, flying then crashing with terrifying force upon the peaks of this movement, the tops of waves. And this was concrete. This process repeated, worsening each time. I remember counting seconds between take off and landing. Parts of the front of the boat broke away. Crew members harnessed in and terrified were sent to collect detached pieces of the boat. The seams cracked and snapped every thirty seconds.

The passengers were all silent, clutching life-jackets to their chests. The crew seemed to have moved through the frantic actions of panic, reactionary attempts to make sense of the situation to an eerie stillness, a collective silence with lips cemented by fear. With each impact more violent than the last, they looked at each other in pure silent panic. I did not know what they were thinking. I will now try and describe my thought processes through the ordeal:

1. When the boat hit the edges of the storm, I was excited. I was at sea in a storm off the coast of Vietnam. This was adventure. A boyish bubbling of danger effervesced in me. I occasionally looked over at Sam and smiled. The smiles didn’t last.

2. This is going on too long. The boat can’t withstand these collisions. I am scared. I have a life-jacket on my lap – I have familiarised myself with the instructions several times. I am looking and listening to everything. Outside the window at the grey, at the shifting slabs of water, the absence of light, the black sky, calculating angles, counting seconds. I look at the faces of the crew, the other passengers. Two of the passengers are being sick, some are clutching at each other. My brain is in a frenzy. As I watch the crew, in my repeated circuits of looking, I see them go from actively engaging with the situation, checking emergency doors, to pure panic as they repeatedly go through to the cabin for an update from the captain. Each time they come back emptier and more glazed than before. They pray in small groups.

3. I stop the frantic looking but now my brain is busy with practical thoughts and calculations, resorting to logic and systems to establish order in the chaos of the situation. I think about how to open the doors quickly, how I should swim or float, how I can stop my lungs filling with water. I think about what the chances are of Vietnam having lifeboats, helicopters – if they would be able to come out in this storm. I wonder if the captain has already radioed in or sent a distress signal. I think about how far we are from the shore, how long the storm will last, if there are any dinghies on board, if Sam has any ideas on how we might be able to get out of this alive. These thoughts are rooted in panic because I am afraid to die. These thoughts eventually stop but only when the situation has worsened.

4. My brain stops thinking. And I do something I have never done before or since. There are not the words to adequately describe what I do, but I must try. In simple terms, I use my mind to communicate with the people I love. My brain conjures up a very rounded impression of a loved one and I spend some time with them, each in turn, telling them I love them before saying goodbye. These people fill my mind completely, a focused and fully-rounded sense of them – and I tell them that I love them and I say goodbye. They come in a  sequence. My parents, my brother, my grandparents. My aunty. My cousins. My nieces. My closest friends. I told them all that I loved them and I said goodbye and my brain allowed me to focus on this so completely and with more concentration than it has ever allowed me to do anything else. At this stage I was convinced that I was going to die. I had prepared myself for death in this way and was as ready as I could be.

I did not die. The ordeal lasted three hours. It felt like days. But eventually the sea calmed, the crashes became less severe and we seemed to be making progress. The island came into view and the boat approached the island. We moored on a wooden promenade and Sam and I picked up our bags and stepped off the boat alive. Nobody spoke.I remember walking along the promenade with my backpack heavy on my shoulders, unconsciously shaking my head and feeling more empty than I’d ever felt. I wanted to hug Sam, pull him close, scream at him, at the sky, say ‘thank fuck, we made it. We are alive.’ I didn’t want this then. I only want this in retrospect. I didn’t want anything then. If it had been a film this breaking of the tension would have happened because after that gut-wrenching soul-searching anguish, you need a release, an epiphany. In reality, there was none. I felt winded. The deepest silence had settled inside both of us. We carried on walking, hoping that eventually these feelings would go. We carried on walking. 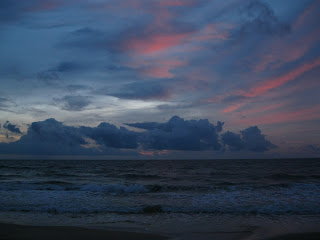 Tsampa and the Dog (Xiahe, China)