It’s 2009. I’m listening to Motown, looking out on a snowy Bristol scene with the dull ache of alcoholism and gluttony inside. A two week sojourner from work is all but over, gone in a festive flash of over-indulgence and omnipresent indigestion. Tomorrow, it’s back to work.

I don’t want to believe it but the dread that rises up in me lets me know it’s true. There’s only seventeen hours before I hear that beep in my ear as the headset strapped to my face sucks another call from the ether and beams it straight into my brain. There is no escaping the call of the call centre.

I celebrated New Year’s eve by partying with old friends in Bristol. I have memory loss from 11:30 pm onwards, but for a few images of fireworks and chips. 2008 has been and gone; a year in which I travelled Australia and New Zealand and then spent seven miserable months trying to come to terms with the fact I was no longer travelling Australia and New Zealand. I have set myself up successfully in Bristol with a wonderful flat in a great area, but have been unlucky enough to have experienced the varied hell of temporary employment as the recession vanishes any hope of me finding creative work in Bristol.

On the upside I have proofread and provided editorial assistance on eight excellent new titles by Manchester’s not-for-profit publishers Comma Press. I have also enjoyed sprouts for the first time, been published in The Observer, started this blog, walked across Clifton suspension bridge a total of 14 times, bought my first piece of art, and learnt that you are ten times more likely to be bitten by a human than a rat. Happy New Year.

1. At Mount Zoomer – Wolf Parade
2. Caught in the Trees – Damien Jurado
3. For Emma, Ever Ago – Bon Iver
4. Network and Circuitry of Nettles – Zack Kouns
5. Do You Like Rock Music? – British Sea Power
6. Vampire Weekend – Vampire Weekend
7. Rip It Off – Times New Viking
8. Visiter – The Dodos
9. Dear Science – TV On The Radio
10. Nights Out – Metronomy 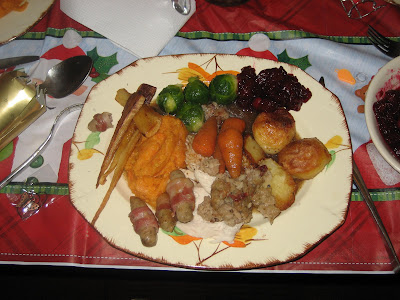