Dark post-modern murder ballads and avant-garde pop are played out in a jumble of bongo-rhythms, distorted vocals, and animal yelps on this release from Zach Kouns . Kouns switches effortlessly between a sinister stripped-down Iggy and the Stooges, snarling through a chemical drug comedown, to a DIY Daniel Johnston, conveying frustration and innocence through spiked melodies and belches of noise.

Kouns’ lyrical vignettes are full of disturbing yet precisely rendered detail. As if scared of the visions he has aired, he allows each song to dissolve in a barrage of retro computer game chirps and thundering distorted drone. This is like nothing else.

The vocals stretch and change shape throughout; operatic warbles giving way to staccato beat poet utterances – all managing to convey emotion successfully, if unconventionally. The love songs here hammer at your conscience, dent your cynicism and bruise your contempt. 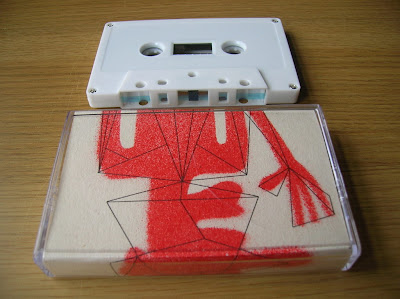