I’ve started working in the post room of a company that manufactures parts for military ships and aeroplanes. I weigh packages. Some of these parcels contain vital components of engines that will eventually end up inside killing machines. Today my boss in an authoritarian monotone talked me through my role. He showed me how to weigh and frank the parcels on a small but complicated machine.

Then he turned to me, looking me in the eyes for the first time, and told me in a hushed tone to be careful. I mustn’t under any circumstances allow my thoughts to drift away from the task in hand whilst holding a package. He said that if I allowed this to happen, if I was to think a thought about my real life, my actual concerns and hopes for just a few seconds, then my soul would exit my body and end up in the package. 21 grams is the weight of the human soul, just like in the film, he pointed out. Then slipping back into his monotone – admittedly 21 grams is not a great deal of weight, but in packages sent special delivery overseas it amounts to a significant sum of money. On average £16.

My boss’s comments were not out of concern for my soul of course, but the increase in costs from sending these heavier parcels. At the end of the day, he was the one accountable for any budget discrepancies. It mounts up over the weeks, the months, he explained. Other temps, similar to me, had come in and done the job for a day and not heeded his warning. It had happened the same with each of them. They had handled a package for too long, letting their thoughts wander and then with a sudden twitch their souls passed effortlessly along their fingers and into the parcel. That was it, curtains, he muttered with a shake of his head – eyes glazed over, listlessness, a muted antipathy until they left for the day never to be seen again.

The smile spreading across my face stopped him in mid-sentence. What? What’s wrong with you? he said, clearly shocked.

“You don’t need to worry about me, boss. I’ve been temping for three months now. My soul went long ago, long ago.” 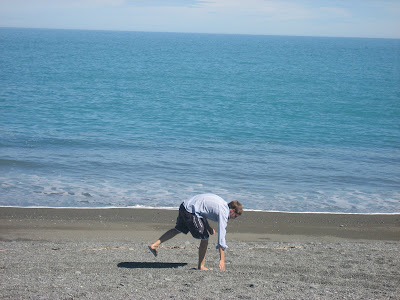 Like this read the Book Shop – a short blog about sheltering from the rain.