It feels like Christmas. The low-lying hutongs of the Gulag are shrouded in Dickensian mist, red lanterns line the streets blossoming through the fug, and there is enough of a chill in the air to make you yearn for the warmth hinted at in the prettily-arranged shop windows and the clasped hands of young lovers.

Yet Christmas should taste of mulled wine, mince pies, and cherry lipbalm kisses. Here it tastes of the Industrial Revolution; burnt plastic, exhaust fumes, and slow death. It is not Christmas; it is October. China does not celebrate Christmas. It is pollution; everywhere. If it was in fact Christmas, all anyone would wish for is a lungful of clean air. 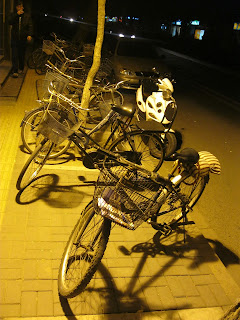 The trees, not many of them, are in perfectly ordered, straight rows. They are superfluous; tokens. The smog-filled skies, grey-hazed with pollution, make a mockery of these fragile spines. Houses and factories frayed with noxious fuzz at least look like they belong to this land.

They have poisoned the trees at the train station – the stumps are white with powder. 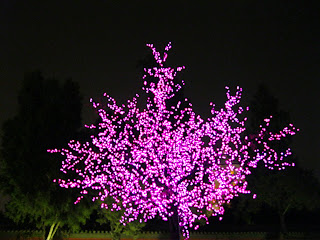 China is an enigma. For many people living inside the country, it makes no real sense. Outsiders have no chance. It exists as a multi-faceted land, utterly diverse, endlessly contradictory, and enormously powerful. And it is not a formless lazy lump, collapsed in a heap under the weight of its own indefinable enormity, oh no, it races into the future with the pace and stamina of a bionic athlete.

Buildings, neighbourhoods, towns, even small cities are dispersed, demolished, disappeared without a second thought as China pushes forward. A piece of history, however big or significant, matters not when pitted against the untold promises of the future. Nothing is sacred. Ancient hutongs in Beijing decimated, towns standing in the way of hydro-electic dams quietly gotten rid of.

And when someone speaks up and suggests that heritage and history may actually have some value, there is a mild panic and a crass replica for tourists is created – simulacrum. And the tourists know no different. It’s as if they have been programmed to appreciate the copies as much as the original. And why not? Is it silly to suggest that you can feel history? That you might actually need history? China is all about the future but wandering down a perfect replica of an ancient street in the Tibetan-district of Xi’an I can’t help but be overwhelmed by the emptiness of the gesture and scared of the future. 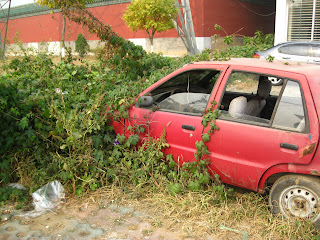 Lishu
Lishu is grim. A city so polluted that everything, including its unfortunate inhabitants, is covered in a black slurry. The cars are painted with it and every step is tacky with it. The bus to the station dips into industrial parks where iron pipes and rolls of wire emerge from the slurry like trees and shrubs. The women on the bus look like prostitutes: leather hotpants, thick laddered tights, and diamanté Gucci high-heeled boots. Their faces are tired and hardened. The skyline is punctured by giant chimneys billowing out plumes of smoke.

I follow a steep path up through housing estates. The path is covered in shit, both animal and human. Fallen between ugly tower blocks are shacks made from corrugated iron, wood and cardboard. Once I reach the top of the hill, I can see more of Lishu: more factories, more chimneys, more pollution, more of a country racing into a sunless oblivion. 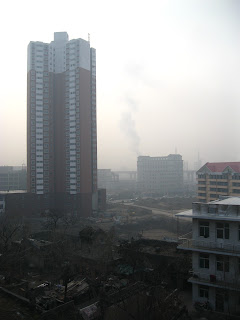 Grounded, Beijing
I am in a hotel room. I am naked accept for the hotel’s fluffy white bathrobe. I have just had a bath and a shower. I am drinking green tea from a cup and I am pleasantly full from a buffet dinner. I sit at the writing desk in my room, staring out at the apocalypse.

The pollution in Beijing has been building to insane levels since Sunday’s snow. Yesterday, it finally went over 500. It’s impossible to give an exact figure as the scale only goes up to 500. Given that in the EU anything over 50 is cause for alarm, and in most countries a reading of over 300 is classed as a national emergency, you get an idea just how bad it is. This toxic fog is so turgid with poison that it has sunk under its own weight, enveloping the entire city and in particular the airport. You should not leave your house in these conditions. Even in your home you are at risk as the particles can make their way through the tiniest of gaps. Unfortunately, I have to fly to Korea.

Outside the airport windows all I can see is a radioactive orange glow. The top third of the air control tower is lost to the smog. Flight attendants and airport staff are taking pictures with their phones – this is beyond even what they would call normal. Unsurprisingly, all flights are grounded. Korean Air put me in a mini-bus that takes me on a Mad Max-style journey through streets entirely lost in a glowing throbbing chemical haze. And now I am at a hotel, at the writing desk, looking out at the apocalypse. 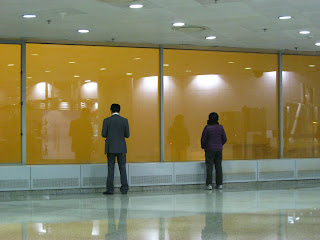 A Day in the Life: China Daily