The majority of men in India between the ages of 10 and 40 wear some seriously funky threads: a skinny, dusty appropriation of seventies glam rock chic, future flouros, and faded retro paisley. Big-collared patterned shirts, bell-bottom flares, and luminous synthetic tank tops are the norm, but far from ordinary.

And these are not hipsters we’re talking about, these are ordinary men. On occasion I have been so enamoured by a passing shirt that I have contemplated offering a construction worker a week’s wages or a cycle rickshaw man the equivalent of a 400 kilometre fare in return for their psychedelic attire. And it begs the question, just where do they get these vintage delights? 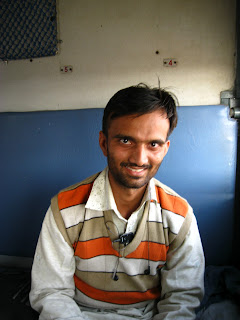 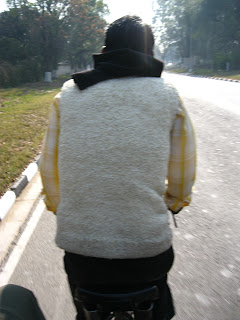 Then, in Amritsar in Punjab, I find it. The holy grail. Two streets near Gandhi Gate lined with stall after stall selling piles of second-hand shirts of similar brilliance to those that have tormented and teased me around India.

One roadside stall has lucked out – it has the most colourful and garish shirts imaginable. After touching and stroking like a demented cross-breed of a magpie and a flamboyant fashion designer, I settle on two of the most violently patterned, shockingly wonderful shirts I have ever seen – a purple paisley number made from pure silk and a white cotton shirt covered with a near offensive medieval motif. The bargaining begins. Alive with the joy of new additions to my collection, I strut off towards the train station. 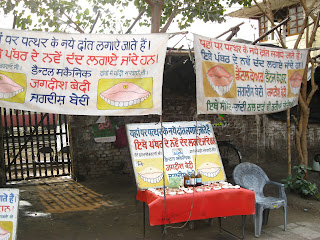 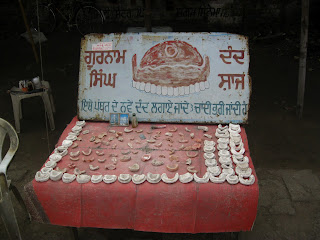 After negotiating the chaotic traffic and trudging alongside the roadside dentists, I am blessed for the second time that day. Opposite the train station is a road dotted with tables that are piled high with not just shirts but jumpers, jackets, flares, T-shirts, and other delicious garments culled from the last five decades. 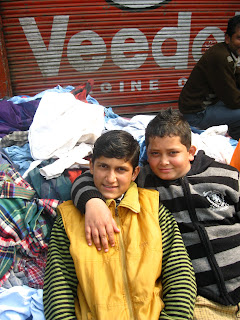 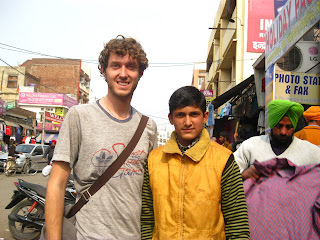 These clothes are stained but spectacular, damaged but determined, pulled out of shape but proud: these are Indian clothes, no matter what the labels say. I shoulder my way between be-turbaned treasure hunters and begin to grasp at the fabrics, clawing these clammy costumes and forcing my too-large frame into jumpers and T-shirts much to the delight of all around me. The rival stalls shout, battling for my business in a ferocious call and response in Hindi. I let myself be dragged from one mound of marvels to another. So this is what heaven feels like. 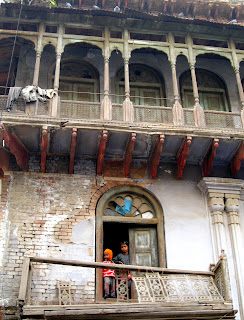